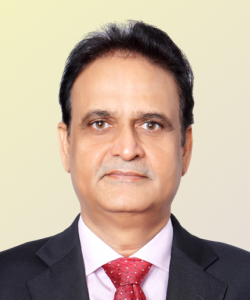 Mr. Vishnu Swaroop Baldwa (60 years of age), is a citizen of Indonesia and domiciled in Jakarta, He is an Honours graduate in Commerce from Calcutta University, a qualified Chartered Accountant from The Institute of Chartered Accountants of India and Company Secretary from The Institute of Company Secretaries of India. He has over 37 years of experience in management, corporate finance, legal and commercial. He has been with the Company since 1994, became the Company’s Director and Chief Financial Officer in 2008 and was appointed as the President Director of the Company in December 2013. Prior to joining the Company, he was working with the Birla Group in India and Malaysia since 1982. He is the Managing Director and Group Chief Financial Officer of Indorama Corporation Pte. Ltd., Singapore (the holding company of the Group) and is a Director of various companies in the Indorama Group. He is not related to any member of the Board of Commissioners and the Board of Directors.